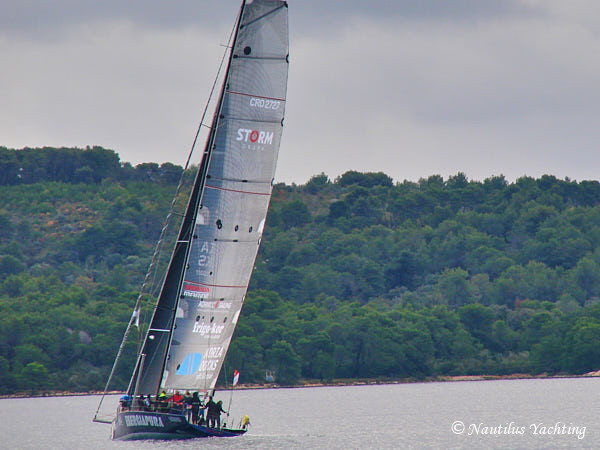 At the end of October, the traditional "Regatta Trogir" was held, organized by the Sailing Club Trogir. The Trogir Regatta is well known in Croatia under the original name "Trogirska regata". The regatta lasted two days, with two races run on Saturday, October 24 and Sunday, October 25, 2020. Both days the regatta started from Saldun Bay in front of Trogir, at 11 am. The racing took place around a number of islets in Trogir's waters, on the west side of Trogir.

Nautilus team made this video (see below) on Sunday, October 25, when the second part of the competition took place. The first part of the video shows the arrival of the sailboats on the regatta field and the gathering at the start. The second part shows some interesting details from the race. The start was nice, followed by good weather and a moderate breeze, but afterwards the sea was at times too calm.

The regatta Trogir is "Open type" regatta. Several sailing clubs, numerous charter boats and individual boat owners from all sides participated in the regatta. This year there were fewer participants than in previous years, of course due to the corona virus, but the regatta was held in a pleasant and relaxed atmosphere. Despite the corona, sailors and all lovers of the sea and sailing have enjoyed the rich program at sea and the events that followed the regatta. As the old phrase says in Latin: "Navigare necesse est, vivere non est necesse" - to sail is necessary; to live is not necessary.