Motor boats, catamarans and sailing yachts for charter from yacht charter base in Split, Dalmatia. 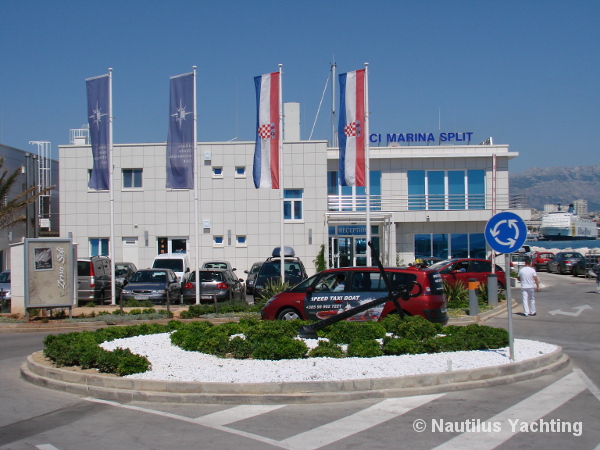 ACI marina Split lies in the southwestern part of the city port, and its long breakwater provides excellent protection from waves and southerly winds. On the other side of the harbor is a ferry port, while about twenty kilometers from the marina Split is Split airport. The supermarket is about 10 minutes' walk from the marina. The gas station is located right at the entrance to the marina.

The town of Split as we know it today expanded from Diocletian’s Palace, the world’s best preserved palace from late antiquity. In 293 AD Roman Emperor Diocletian ordered the construction of a magnificent palace in which he would spend his final years. Split is now the capital of Dalmatia, captivating visitors with its Mediterranean charm and majestic architecture. In the most beautiful part of the city’s port, north of the Sustipan peninsula, lies ACI Marina Split. It is open all year round. It is at ACI Marina Split that the Split Lungomare begins; this longest promenade in the Adriatic – and certainly one of the most beautiful – will take you to the famous and diverse beaches of this “beautiful, sun-kissed flower of the Mediterranean” as one popular song puts it.

Choose another charter base - marina: