Motor yachts, catamarans and sailing boats for rent from yacht charter base in Trogir, Dalmatia. 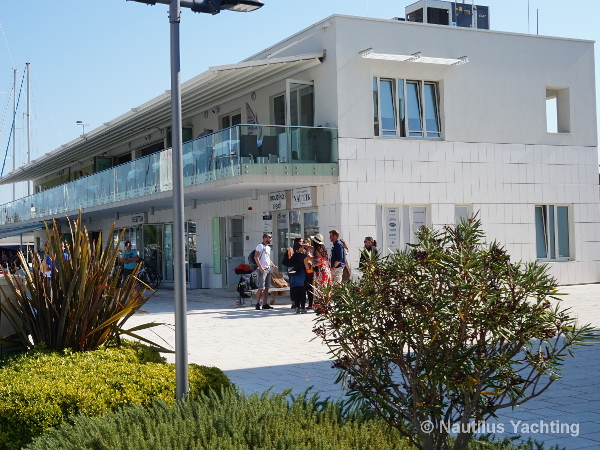 ACI marina Trogir is located on the northern side of the island of Čiovo, which is connected by the bridge with the old town centre. The historic city of Trogir is situated on a small island between the Croatian mainland and the island of Čiovo. Trogir has 2300 years of continuous urban tradition. Its culture was created under the influence of the ancient Greeks, and then the Romans, and Venetians.

The town of Trogir is known as “town museum”. Trogir has a high concentration of palaces, churches, and towers, as well as a fortress on a small island, and in 1997 the old city core was inscribed in the UNESCO World Heritage List. ACI marina Trogir is located right opposite the old town and offers a fabulous view of the charming promenade of Trogir and of St. Lawrence’s Cathedral bell tower.

Arrival by plane: Split airport is only 8 km away from Trogir. The Split Airport is connected with all major EU cities: Berlin, Rome, Prague, Amsterdam, Frankfurt, Paris, London, Manchester etc. The airport connection between Split and Zagreb is good, and there are several flights each day. The flight takes about 45 minutes.

Choose another charter base - marina: